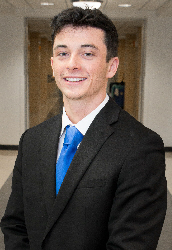 Born in Gardner on March 4, 1995, he was the son of Stephen Nims and Paula (Fitzgerald) Nims.

Tyler graduated from Oakmont Regional High School of Ashburnham with the Class of 2013. During his high school years, he was a member and Captain of both the track team and the golf team. Tyler attended Worcester State College where he was also a member of and Captain of the track team, and was a member and Vice President of the Enactus Club. At the time of his death he was employed as an Apprentice Foreman by Solid Rock Construction of Westminster.

Tyler enjoyed working out, golfing, running, fishing and boating. He had an adventurous spirit and loved spending time with his friends. He will be greatly missed by all who loved him.

To order memorial trees or send flowers to the family in memory of Tyler S Nims, please visit our flower store.