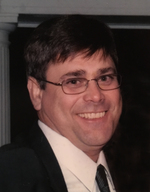 Thomas F. Jankauskas, 55, of Phillipston, passed away peacefully Monday, May 21, 2018 in his home, surrounded by family, following a long illness.
Tom was born in Worcester on May 23, 1962, and was raised in Barre. He was the son of the late Edward A. Jankauskas, Sr. and Dorothy B. (Nicholson) (Jankauskas) Majka.
He graduated from Chouteau-Mazie High School in Oklahoma with the Class of 1980 and received his Associates Degree in 1999 from Mount Wachusett Community College in Gardner.
Tom had a long career in steel fabrication, beginning as a welder and ultimately rising to Director of Quality at Ranor, Inc. in Westminster, where he worked since 1999. He truly enjoyed working with a great company alongside so many wonderful people.
Tom was an avid outdoorsman who most enjoyed fishing at the Quabbin Reservoir. He was a proud member of the Barre Sportsman's Club and the North Worcester County Quabbin Anglers Association. He also loved tending to his flock of prize-winning hens. He enjoyed sports and was a huge fan of the New England Patriots. Tom especially loved spending time with his family, his extended family, and his friends. His wit will be greatly missed by all who knew and loved him.
He leaves his wife of 32 years, Kathleen M. (Hamilton) Jankauskas of Phillipston; two sons, Adam T. Jankauskas of Gardner and Tyler T. Jankauskas of Boston; one daughter, Kelly T. Jankauskas of Athol; one brother, Richard Jankauskas and his partner Kathy Howard of Barre; three sisters, Catherine "Deedee" Ericson of Hubbardston, Nancy Collett of Gardner, and Kimberly Salvadore and her husband Robert of Barre; several nieces, nephews and cousins. Tom was predeceased by his brother, Edward Jankauskas, Jr., his two sisters, Elizabeth Aiken and Janet Gallery; and his stepfather, Walter Majka.
Funeral Services will be held Friday, May 25th from the Boucher Funeral Home, Inc., 110 Nichols Street, Gardner with a Mass at 11:00 a.m. in St. Vincent de Paul Church, 1 Forest Street, Baldwinville. Burial will be in Lower Cemetery, Phillipston.
Calling hours will be held Thursday, May 24th from 5:00 p.m. to 7:00 p.m. in the funeral home.
As a tribute to Tom's love of the outdoors, in lieu of flowers, memorial contributions may be made to North Worcester County Quabbin Anglers Association, PO Box 79, Athol, MA 01331 or to the Barre Sportsman's Club, PO Box 111, Barre, MA 01005 for their youth programs.

To order memorial trees or send flowers to the family in memory of Thomas F"Tom" Jankauskas, please visit our flower store.