Terry L. Nelson, 68, of Gardner, died peacefully Saturday, June 2, 2018 in Heywood Hospital of Gardner, following a brief illness.
Terry was born in Gardner on March 8, 1950, the son of the late Robert and Thera (Labor) Nelson.
He was employed by Advance Coatings Company of Westminster for 10 years, retiring in 1996.
Terry enjoyed hunting, fishing, listening to Country music and barbequing. He also enjoyed spending time with his family. Terry was a member of the Fraternal Order of Eagles Aerie #747 of Gardner.
He leaves two sons, Corey Gilliland and his wife Amy of Gardner and Chad Nelson; two daughters, Savannah Nelson and Lisa Marie Nelson; one sister, Crystal Nelson of Gardner; his companion of many years, Marcia A. Jalbert of Gardner and her daughter Melissa Jalbert and her companion Diego Rodrigues, and her son Shafeek El-Min; several grandchildren, nieces, nephews and cousins. Terry was predeceased by three brothers, Arthur, Irwin and Marvin Nelson; and by two sisters, Joyce LaBonte and Harriet Kenda.
There are no funeral services scheduled.
Memorial contributions may be made to the American Cancer Society, New England Division, 30 Speen Street, Framingham, MA 01701. Please reference in memory of Terry L. Nelson.
Boucher Funeral Home, Inc., 110 Nichols Street, Gardner is handling the arrangements.

To plant memorial trees or send flowers to the family in memory of Terry Nelson, please visit our flower store.

This was sad to hear of Terry's passing. We all grew up together on pleasant Street and will always remember the good times we had. Our condolences to Marcia and all of Terry's family.

A candle was lit in memory of Terry Nelson 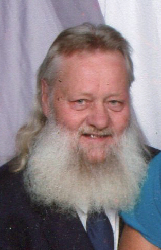