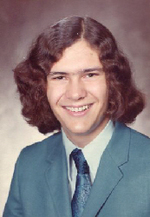 Stephen P. Paydos, 61, of Gardner, formerly of Worcester, died Monday, December 11, 2017 in Gardner Rehabilitation and Nursing Center, following a brief illness.
Stephen was born in Ware, MA the son of Stephanie (Lech) Paydos and the late Stephen J. Paydos.
He graduated from Quabbin Regional High School of Barre with the Class of 1974.
Stephen was a Machinist employed by Saint-Gobain of Worcester for several years, retiring in 2017.
He was a member of St. Aloysius Church of Gilbertville, MA.
Stephen enjoyed fishing, hiking and watching football. He treasured spending time with his family.
Besides his mother, Stephanie (Lech) Paydos of Ocala, FL, he leaves two sons, Michael S. Paydos and his wife Rachel Bradshaw of Waltham, and Nicholas Paydos and his girlfriend Melissa Kujala of Gardner; one brother, Paul Paydos and his wife Christine Moriarty-Paydos of Dover Foxcroft, Maine; one sister, Patricia Crevier and her husband Donald of Ocala, FL; one grandchild, Alexis Paydos; nieces and nephews, Todd Crevier, Kayla Dunphe and Connor Paydos.
Funeral Services are private and will be held at the convenience of the family.
There are no calling hours.
Memorial contributions may be made to Toys for Tots Foundation, Gift Processing Administrator, 18251 Quantico Gateway Drive, Triangle, VA 22172. Please reference in memory of Stephen Paydos.
Boucher Funeral Home, Inc., 110 Nichols Street, Gardner is handling the arrangements.

To order memorial trees or send flowers to the family in memory of Stephen P Paydos, please visit our flower store.