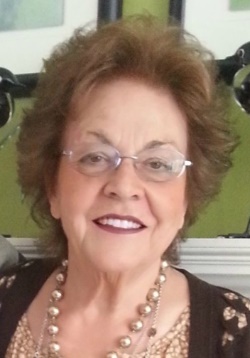 Born in Orange, MA on April 6, 1936, she was the daughter of the late Peter and Effie (Swantee) Parker. Shirley graduated from Orange High School with the Class of 1953, and after raising her family she returned to school and received her certificate as a Licensed Practical Nurse in 1981 from Montachusett Regional Vocational Technical School of Fitchburg. She was employed in various forms of healthcare for several years, including Baldwinville Nursing Home, prior to retiring in 1995.

Shirley was a member of Chair City Church of Gardner. She enjoyed dancing and singing; and she treasured spending time with her grandchildren. Shirley took pride in her appearance and loved getting ‘all dolled up’.

Memorial contributions may be made to the Alzheimer’s Association, 309 Waverley Oaks Road, Waltham, MA 02452. Please reference in memory of Shirley Jaillet.

To order memorial trees or send flowers to the family in memory of Shirley M Jaillet, please visit our flower store.