To plant memorial trees or send flowers to the family in memory of Roger Meunier, please visit our flower store.

How to put into words the love one feels for someone whose presence - love and kindness is larger than life itself. Uncle Roger, I could have spent every day listening to your stories; gaining from your advice; and feeling your love. You will be thought of every day or every year. I love you! Sending my thoughts prayers, and love to the extended family.

"The grave itself is but a covered bridge, leading from light to light, through a brief darkness" ~Longfellow My condolences to the entire extended family - he was a man who always walked in the light...

I am truly saddened to hear of Roger's passing...He was a man of honor...a great father..And a friend to everyone who knew him...I remember when he put brakes on my 1964 Ford Falcon...Saving me atleast a couple of hundred dollars!(A lot of money in 1972)...I never heard him say a bad word about anyone...That is a compliment to his character...I made it a point to visit him every summer...Esp. when I spent a year in my father's home the year he passed away 5 years ago...The Meunier family is one of the finest families that I have ever known...He was the Anchor in any storm...He will be sorely missed...

I am so sorry for the loss of your father. He was a wonderful, kind man, always had a smile and never had a bad thing to say about anything or anyone . . . I am sure he is happy to be reunited with your Mom . . . rest in peace, Uncle Roger.

A strong handsome man with such a warm, caring and jovial spirit. Prayers and hugs to my cousins. I am deeply sorry for your loss of such a wonderful father.

A candle was lit in memory of Roger Meunier 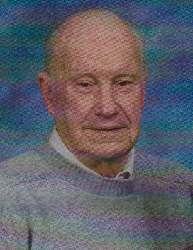