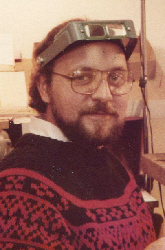 Robert was born in Boston on October 5, 1950, the son of the late Robert A. and Margaret A. (Murphy) Lucey.

He received his GED and later attended North Bennet Street Industrial School of Boston. He was a self-employed Jeweler and Goldsmith serving both the Boston area and Rhode Island for over 30 years, retiring in 1990.

Robert was a member of Annunciation Parish/Our Lady of the Holy Rosary Church of Gardner.

He enjoyed reading, studying genealogy and spending time with family.

To order memorial trees or send flowers to the family in memory of Robert W. Lucey, please visit our flower store.