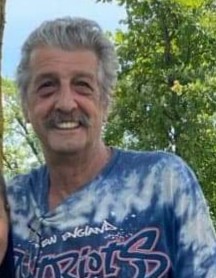 Born in Holyoke on August 13, 1949, he was the son of the late Raymond and Jeanne Y. (Vallee) Gabis. Bob was a United States Army Vietnam War Veteran serving from 1969 to 1971, where he received the National Service Defense Medal, Vietnam Service Medal with One Silver Service Star, and the Republic of Vietnam Campaign Medal. He was the store manger of Cumberland Farms in Westminster for several years.

Bob was a member of the Roger P. Warfield American Legion Post 373 of Baldwinville. He was a man of many talents. He loved to work around the house, tinkering with things, and doing yardwork. Bob loved being outdoors and enjoying all nature had to offer. Most especially, Bob loved to be with his family and friends to enjoy cookouts.

Bob is survived by his wife of 9-years, Colleen M. (Pollier) Gabis of Hubbardston; a daughter, Bobbie Pero and her husband Darren of North Carolina; two step-daughters, Kayla Lenzen and her husband Jeffrey of Wisconsin, and Christianna Pollier and her fiancé Brandon Taheri of Worcester, two brothers David Gabis of Cheboygan, MI, and Michael Gabis and his wife Susan of Bellingham; five grandchildren, Alexander and Harrison Lenzen, Justin and Samantha Pero, and Jordyn Gabis; brothers-in-law Robert and Darrell Lamoureux of Worcester; sister-in-law Brenda Lamoureux of Worcester; several nieces, nephews and cousins.

He was predeceased by his son, Robert Gabis, Jr.; a brother Donald Gabis; and a sister Barbara Gabis-Sundblom.

To order memorial trees or send flowers to the family in memory of Robert C. Gabis, please visit our flower store.