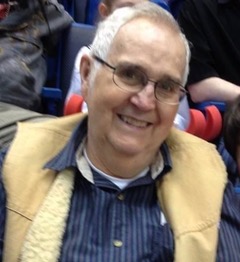 Robert (Bob) W. Bryant, 80, of Ashburnham, Massachusetts, passed away peacefully on Saturday May 23, 2020 at Heywood Memorial Hospital in Gardner.

Born in St. Johnsbury, VT on May 1, 1940, he was the son of the late James and Lillian (Cole) Bryant.  He was a graduate of the St. Johnsbury Trade School with the class of 1960.  He served in the United States Army from 1960 to 1966.  He married Ann (Beck) on June 2, 1962 in Burlington, VT and then they moved to Massachusetts.  Bob worked at Great American Chemical in Fitchburg for almost 20-years, until the explosion in 1980.  He then returned to work at FW Lombard Company in Ashburnham designing and building custom wood furniture for schools and libraries for 30-years until his retirement.  However, he is best known for “Poppa’s Toys” a hobby that would define him over the years.  His old-fashioned wooden toys were in great demand by friends and family throughout his working years.  When he retired in 2010, he and Ann took the show on the road, becoming a favorite at craft fairs near and far.

Bob was a parishioner of People’s Church of Ashburnham.  He had also been an active member of the Eastern Massachusetts Beagle Club where he enjoyed many years of sportsmanship and friendship.

Bob is survived by his wife of 57-years, Ann M. (Beck) Bryant of Ashburnham; a daughter Tina (Bryant) Hamilton and her husband David and his beloved grandchildren, Kevin, Emma and Colin, of Manchester, CT; several nieces and nephews and their families.

Over the years, his kind heart turned many friends into family.  He was also considered Poppa by his extended family of Missy (Woodward) Sund and her sons, Zachary and Nicholas Sund; and Marcia (Rosbury) Henne and her husband Jim, and their daughters Lauren and Abigail Henne.

Memorial contributions may be made in Bob’s name to the charity of your choice, or to “The Cure Alzheimer’s Fund”, 34 Washington St., Suite 310, Wellesley Hills, MA. 02481, or at their website (www.curealz.org)

Boucher Funeral Home, Inc., 110 Nichols Street, Gardner, MA 01440, is handling the arrangements.   Due to current limitations on social gatherings, there will not be a memorial service at this time.  Thoughts and memories would be welcome and appreciated in the online guest book at www.boucherfuneral.com

The family wishes to extend their most sincere thanks to the caring staff at Gardner Rehabilitation and Nursing Center.

To order memorial trees or send flowers to the family in memory of Robert W. Bryant, please visit our flower store.