Ricky A. Smith, 66, of Gardner, died suddenly Monday, May 22, 2017 in Heywood Hospital of Gardner, after being stricken ill at home.
Born in Winchendon on July 17, 1950, he was the son of the late Ralph G. Smith and Dorothy Guy-Provencher.
Ricky graduated from Nute High School of Milton, N.H. with the Class of 1969.
He was employed in the maintenance department of Superior Friction Inc. of Gardner for several years, retiring in 2002.
Ricky was an active member and Trustee for many years of the Fraternal Order of Eagles #747 of Gardner. He was also a member of Polish American Citizens Club of Gardner, Deep Sea Club of Gardner and Beagle Club of Gardner.
Ricky loved NASCAR and attending car shows. He enjoyed camping, dancing and was a huge fan of Elvis Presley. Ricky most enjoyed spending time with his grandchildren and family. He was a loving, giving man who was proud to be an organ donor.
He leaves the love of his life, his wife of 16 years, Christine A. (Scarbrough) Smith of Gardner; two sons, Ricky Alan Smith and his wife Wendy of Rochester, NH and Todd M. Guy and his wife Kristen of Otter River; two daughters, Alicia Smith-Corkum of Gardner and Angela Smith and her husband David of Gardner; one brother, Norris Provencher II and his wife Beth of York, Maine; six sisters, Carol Blyther and her husband Duane of Hubbardston, Kathy Oberist and her husband Rich of Worcester, Draxine Whipple and her husband Frank of Fitzwilliam, NH, Norrene Nason and her significant other Michael Parker of Wakefield, NH, Lorraine Varrier of Rochester, NH, Dorinda Provencher of Wakefield, NH; ten grandchildren, John Smith, Elizabeth Corkum, Shelby Corkum, Colby Corkum, Jr, Alyssa Lee Guy, Gabriella LeBlanc, Savannah Smith, Hunter Smith, Jason Guy and Kayla Guy; one great-grandchild, Daenerys Morin; several nieces, nephews and cousins. He also leaves his stepfather, Norris Provencher of Milton, NH; and stepmother, Shirley Smith of Fitzwilliam, NH. Ricky was predeceased by his son, Shaun Smith; one brother, Ronald Smith, Sr. and by one sister, Betty Ann Olander.
Funeral Services will be held Saturday, May 27th at 1:00 p.m. in the Boucher Funeral Home, Inc., 110 Nichols Street, Gardner.
Calling hours will be held Saturday, May 27th from 11:00 a.m. to 1:00 p.m. in the funeral home.
Memorial contributions may be made in remembrance of Heather Covey to the Cystic Fibrosis Foundation, 220 North Main Street, Suite 104, Natick, MA 01760. Please reference Ricky A. Smith.

To plant memorial trees or send flowers to the family in memory of Ricky Smith, please visit our flower store.

61 years you have been my big brother I do have a lot of great memories of us. As your sister we shared a lot of good times and bad together. My heart won't say good bye I love you big brother fly high with Mom &Dad, are brother Ronald, are sister Betty and Jack '*'* Love always your Sister

My deepest sympathies to the family of Rick Smith. While you must be heartbroken with his passing, find comfort in the wonderful memories you shared, all the laughs you had, all the stories he told, and the joy he brought to your lives. May he Rest In Peace. Penny Giammalvo Perini

Our hearts go out to our family with the loss of uncle rick . We have so many amazing memories. We will all miss him very much. Say hi to gramma and jack for us. We will take care of everyone here. I am going to miss his smile and his laugh. We love you and will miss you

My heart goes out to all of the family.I grew up in the same town and we all had so many laughs I will always remember Ricky he was a good person and always putting a smile on peoples faces . R.I.P

I love you daddy. I love you with all my heart rest easy. Look over me for iam going to need you. I miss you.

A candle was lit in memory of Ricky Smith 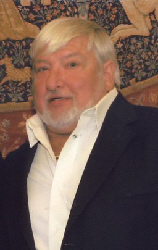