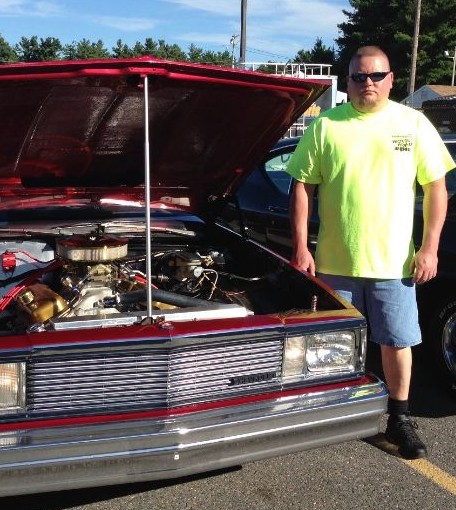 Born in Gardner on January 21, 1973, he was the son of Richard K. Roberts and the late Lois M. (Mackie) Roberts and of Hubbardston. He graduated from Quabbin Regional High School with the Class of 1991 and from Mount Wachusett Community College in 1993. Rick was an Automotive Technician for over 26-years working for Salvadore’s and Akin Automotive, until his death.

Rick served on the Advisory Board for Mount Wachusett Community College. He had true passion for cars and the talent to fix any vehicle in his bay. Rick enjoyed drag racing, watching NASCAR, and RC Racing. He enjoyed tinkering in his garage and fabrication. Rick’s pride and joy was his 1981 Chevrolet Malibu, which he affectionately called “His Bu”.

Besides his father, Rick is survived by his wife of almost 22-years, Nicole (Ouellette) Roberts of Templeton; his paternal grandfather, Keith Roberts; an aunt, Leslie Marsland; uncle, David Roberts; and a cousin, Rebecca Roberts-James; and many fur children.

Rick is predeceased by his grandmother, Barbara Roberts.

Graveside Services will be private and held at the convenience of the family.

Memorial Contributions may be made to Ahimsa Haven Animal Rescue, 381R Baldwinville Road, Templeton, MA 01468, or on their website at (http://www.ahimsahaven.org). Please reference in memory of Richard J. Roberts.

To order memorial trees or send flowers to the family in memory of Richard J. Roberts, please visit our flower store.