Richard J. "Dick" Graves, 77, of Gardner, passed away Friday, March 10, 2017 in Massachusetts General Hospital of Boston, following a brief illness.
Born in Gardner on August 26, 1939, he was the son of the late Joseph "Cliff" and Mary Jane (Cloutier) Graves.
Dick received his early education through the Westminster Elementary School. He attended Gardner High School, where he played football for the Gardner Wildcats. Dick served in the United States Air Force from 1958 through 1962 and was stationed in West Germany.
Dick was employed by Mead Container Corporation of Gardner for 39 years, retiring in 2001. Following retirement, he happily spent his days at the family retreat in South Gardner.
He worshiped at Holy Spirit Church of South Gardner, which he loved very much.
Dick loved bicycling, and in the 70's participated in several famous races including the 200 mile race from Gardner through the Mohawk Trail, Taconic Pass, New York, Vermont and into Keene, NH and back, where he was the only rider out of 50 to finish at Timpany Plaza in Gardner. He also raced the 300 mile race sponsored by the Wampanoag Wheelers Bike Club and the League of American Wheelmen, finishing in one day. He rode his entire life, won races and loved bikes. He also rode with his sons, and kept a log of every ride as far as who he was with, the date, time, temperature, wind, elements and mileage. He loved sitting outside at his home on the lake, where the chipmunks would eat from a cup of seeds on his lap. He was an animal lover, especially of dogs, cats and birds. Dick loved the sunshine and always received comments on his tan in the middle of winter, because no weather was too fierce for Dick.
He leaves three sons, Steven R. Graves and his wife Elizabeth Fernando of Ladera Ranch, CA, Scott J. Graves and his love Sandra Richard of Gardner, and Shawn M. Graves and his husband Brian Messmer of Fort Lauderdale, FL; one sister, Cynthia Westling of Baldwinville; two grandsons, whom he lived next door to, Samuel Clifford Graves and Julian Richard Graves; and nieces and nephews, Gwen (Kelley) Phelps, Michael Kelley, Mark Kelley, Peter Knowlton and John Knowlton. Dick also leaves his former wife, Judith (Goguen) (Graves) Forest. He was predeceased by two sisters, Jane Graves and Janet Kelley.
There are no funeral services scheduled.
Memorial contributions may be made to Gardner Animal Control Facility (with checks made payable to City of Gardner Shelter Fund) c/o Board of Health, 95 Pleasant Street, Room 29, Gardner, MA 01440.
Boucher Funeral Home, Inc., 110 Nichols Street, Gardner is handling the arrangements.

To plant memorial trees or send flowers to the family in memory of Richard Graves, please visit our flower store.

A candle was lit in memory of Richard Graves 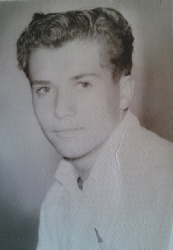