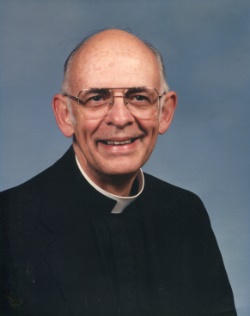 Reverend O’Leary was a Third-Degree member of the Knights of Columbus of Baltimore, MD.

He leaves his brother, Stephen K. O’Leary and his wife Patricia of Streetsboro, OH; several nieces, nephews and one cousin. Besides his parents, Reverend O’Leary was predeceased by his brother, Brian J. O’Leary; and sister, Therese E. Heon.

To order memorial trees or send flowers to the family in memory of Rev. Cornelius F. O'Leary, please visit our flower store.