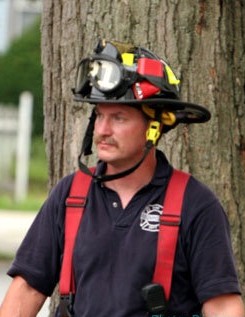 Born in Gardner, on January 12, 1967, he was the son of Donald and Priscilla (Lizotte) Pouliot. Randy graduated from Gardner High School with the Class of 1985. He graduated from Mount Wachusett Community College in 1989. He attended the Massachusetts Fire Academy, graduating in 2004, where he was first in his class.

Randy was a Firefighter with the Leominster Fire Department for 16 years. He was previously employed by the Gardner Fire Department, and Peoples Fuel and Trucking. In his youth he was a Boy Scout reaching the highest honors, Eagle Scout. He was a member of the Acadien Social Club of Gardner, American Legion Post 129 of Gardner, Templeton Fish and Game Club, and the Lions Club of Gardner. Randy gave selflessly to numerous organizations and charities including the American Cancer Society: Greater Gardner Relay for Life, where he was the logistics chair, and the Cancer Support Fund of Central Massachusetts, of which he was an honorary board member. He enjoyed fishing, hiking, hunting, kayaking, four wheeling, but his greatest joy was spending time with his family and especially the love of his life his wife Melanie.

Funeral Services will be held Friday, September 27th at 11:00 a.m. in Annunciation Parish/Our Lady of the Holy Rosary Church, 135 Nichols Street, Gardner. Relatives and friends are asked to report directly to church.

Memorial contributions may be made to the Cancer Support Fund, P.O. Box 607, Westminster, MA, 01473.

To order memorial trees or send flowers to the family in memory of Randy R. Pouliot, please visit our flower store.