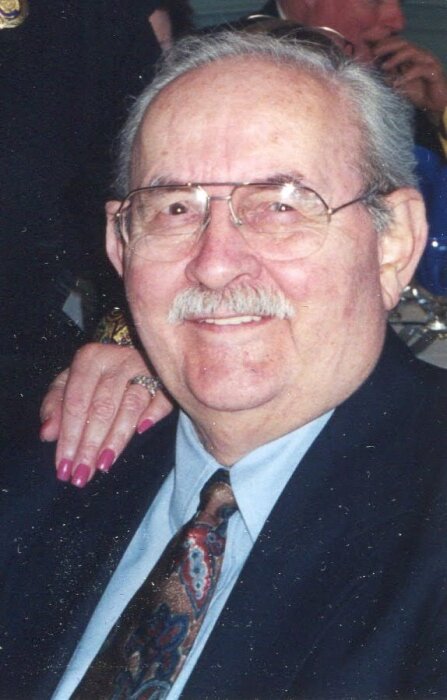 Born in Boston on October 27, 1925, he was the son of the late Peter J. Wolenty, Sr., and Dagmar D. (Seastrand) Wolenty. He attended schools in Cambridge until his senior year in high school when his family moved to Hudson, MA and where he graduated from Hudson High School with the Class of 1943.

Peter joined the United States Army Air Forces during World War II, where he earned his Navigator wings and commissioned as a Second Lieutenant. Following his release from active duty in 1945 and two years at the University of Massachusetts at Fort Devens, he was recalled to active duty during the Korean Conflict from 1949 to 1953, serving stateside, on Okinawa and in Japan in the United States Air Force, where he received the Korean Service Medal, United Nations Service Medal, the Republic of Korea Presidential Unit Citation, and the Good Conduct Medal.

Peter was a Vice President/ Manager with the Bank of America, Los Angeles, CA, retiring after 26-years. He and his wife Evelyn, whom he married on May 28, 1949, remained in California after his military discharge. After his retirement, they felt drawn to happily explore Oregon with old and new friends and become honorary grandparents in the Rickerd family.

Throughout his years in California, Peter held memberships in the Lions Club, Elks Lodge, and the San Clemente Chapter of the Military Order of the World Wars, serving as both treasurer and chapter commander. He also served several Episcopal parishes as Junior Warden. He was a member of St. Paul’s Episcopal Church in Gardner.

They returned to Massachusetts in 1997 to become closer to their daughter’s family, rally with old friends, and best of all, watch his granddaughters grow to adulthood.

He also had the time to fine-tune his interests in photography and enjoy working in his yard and the garden areas.

Peter is survived by his wife of 71-years, Evelyn Lee (Murphy) Wolenty of Gardner; a daughter, Janice E. Wolenty-Jones; two granddaughters, Audrey L. Jones, and Elizabeth J. Jones; a cousin, Stephanie J. Ryan; a sister-in-law, Diane Murphy; nieces and nephews of the Murphy, Lamarche, and Knoll families and their spouses; and the Rickerd Family.

Besides his parents, he was predeceased by his aunt, Inez G. Seastrand; a sister-in-law, Sandra I. (Murphy) Gagnon; and a brother-in-law, David F. Murphy.

A Memorial Service and Burial will be held in the spring as weather and COVID restrictions allow.

To order memorial trees or send flowers to the family in memory of Peter J. Wolenty, Jr., please visit our flower store.