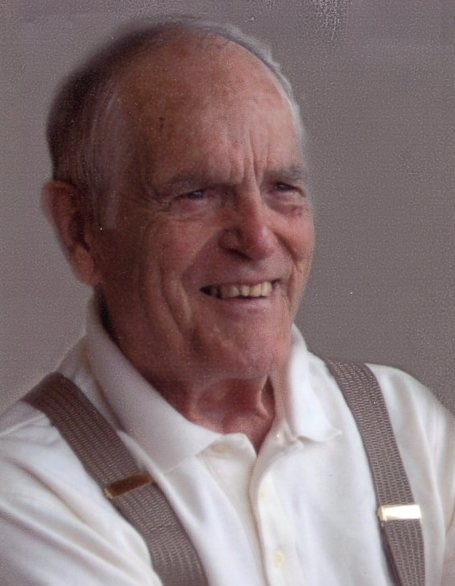 Born in Templeton on July 1, 1924, to Ernest and Ida (Chabot) DesBois, he grew up in Gardner and graduated from Gardner High School (GHS) in 1943.  At GHS, Paul was the Massachusetts Diving Champion in his junior and senior years, the New England Diving Champion in his junior year receiving the Meghan Gold Medal in 1942, and the New England Diving Runner-up in his senior year receiving the Meghan Silver Medal in 1943.

For just under three years, Paul served his country in World War II and served on the Spikefish Submarine as a torpedo man.  He received the American Theatre Campaign Medal, the Asia Pacific Medal, the Submarine Combat Patrol Insignia, and the WWII Victory Medal.  He was a barber in Gardner for 45 years until his retirement in 1992 and is known for his Colonial Barbershop on Pleasant St.

Paul was a communicant at Our Lady of the Holy Rosary, then Sacred Heart of Jesus, then Holy Spirit Catholic Church, where he was one of the area's first laymen to become a Eucharistic Minister.  He enjoyed golfing for 50 years and was an active member of the Gardner Municipal Golf Course.  He also enjoyed fishing and sailing on Wright's Reservoir, where he made his home for 48 years.

He was predeceased by his wife of 63 years, Gladys (Rouisse), in 2010, and by his son, Daniel, in 2015.  He is survived by his daughter, Diane DesBois, and her husband, Bill Walsh, of Barre Town, Vermont; his grandson, David, and his wife, Katie, and their three children, Riley, Paige, and Michael, of San Diego, California; and his grandson, Scott, and his wife, Jen, and their two children, Aspen and Winter, of Englewood, Colorado.

Calling hours for Paul and Daniel will be held on Saturday, September 28th from 10:30-12:30 at the Boucher Funeral Home, 110 Nichols Street, followed by the Mass of Christian Burial at 1:00 at Annunciation/Our Lady of the Holy Rosary Catholic Church, across the street from the funeral home.

Burial will be held at a later date in Crystal Lake Cemetery, Gardner.

Memorial contributions may be made to Annunciation Parish, 135 Nichols St. Gardner, MA, 01440. Please reference in memory of Paul C. DesBois.

To order memorial trees or send flowers to the family in memory of Paul C. DesBois, please visit our flower store.