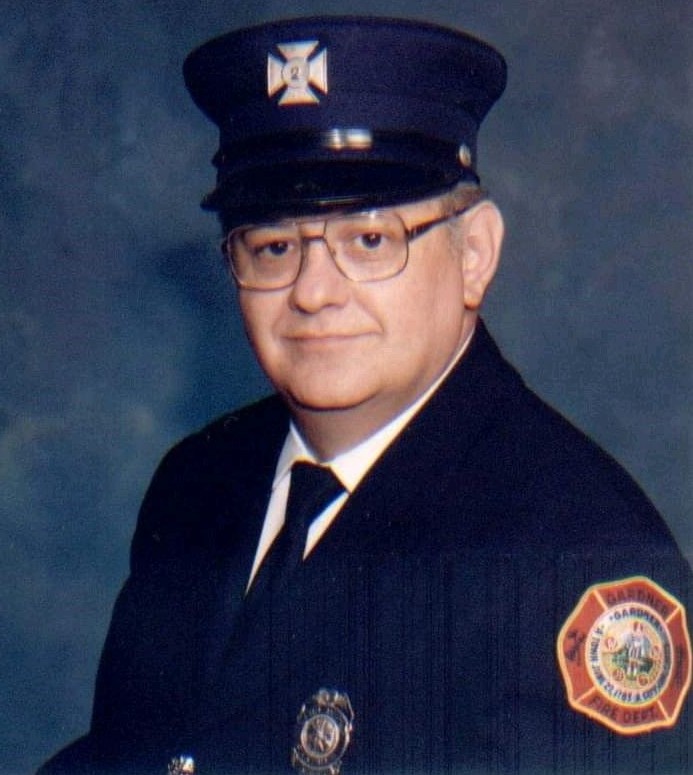 Born in Gardner on May 4, 1945, he was the son of the late Henri and Virginia (Cormier) Allain. He graduated from Gardner High School with the Class of 1963 and later received an Associates Degree in Fire Science from Mount Wachusett Community College. He was a United States Navy Vietnam War Era Veteran serving from 1965 to 1967, where he received the National Defense Service Medal. Paul was a Firefighter employed by the Gardner Fire Department for 30-years until his retirement in 2000, and was a member and treasurer of its Firefighter Union and Relief Association. He was also previously employed by Ed’s TV and Radio Repair.

Paul was a member of the Lodge of Elks. He enjoyed wood carving, target shooting and going out to breakfast—especially at Quabbin Woods in Petersham. Paul was the family technology and computer wiz and was the go-to guy if you had a problem. His greatest enjoyment though was his family, who he loved spending time with.

Paul is survived by his wife of 50-years, Sandra L. (Monette) Allain of Gardner; a son, Jason Allain of Gardner; a daughter, Tanya Allain and her fiancé John Nobrega of Royalston; four sisters, Theresa Morin of Gardner, Jeanette Stefancik of Orange, Rachel McPherson and her husband Forrest of Gardner, and Alice Thomaidis of Leominster; a sister-in-law, Dr. Marilyn Allen of Florida; several nieces, nephews and cousins.

Memorial Contributions may be made to the Montachusett Veterans Outreach Center, 268 Central Street, Gardner, MA 01440. Please reference in memory of Paul G. Allain.

To order memorial trees or send flowers to the family in memory of Paul G. Allain, please visit our flower store.