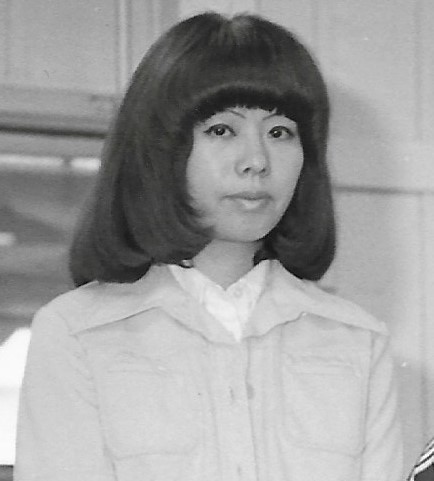 Born in Japan on January 2, 1947, she was the daughter of the late Masahiro and Toshi Kinjo. She was a graduate of Naha High School in Japan with the Class of 1965.

Masae was a devoted Buddhist and practiced Nichiren ShÅshÅ«, where she found peace and tranquility in her practice. She enjoyed painting and was a remarkable artist. She also enjoyed watching the television and listening to music. She was a homemaker who loved and cherished time spent with her family.

Masae is survived by her husband of 46-years, James "Jim" Hodges of Gardner; a daughter, Suzanna Smith and her husband Tom of Manchester, NH; a son John Hodges and his wife Jaime of Baldwinville; two grandchildren, Kailyn and Zachary Hodges; a brother Mabo Kinjo of Japan; a sister, Toki Matsumoto of Japan; several nieces, nephews, and cousins.

She was predeceased by a sister Tomo Debalsi and two brothers.

Funeral Services and a celebration of life are to be announced and held at a later date.

Memorial Contributions may be made to St. Judes Children's Research Hospital, 501 St. Jude Place, Memphis, TN 38105, or on their website at (www.stjude.org/donate). Please reference in memory of Masae Hodges.

To order memorial trees or send flowers to the family in memory of Masae Hodges, please visit our flower store.