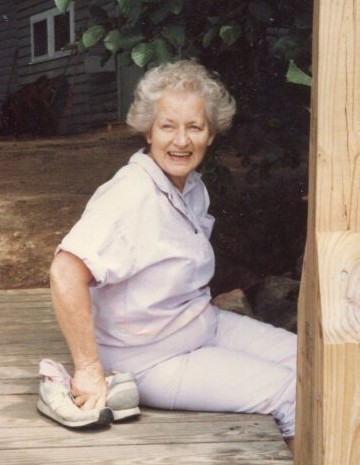 Born in New Castle, New Brunswick, Canada, on March 26, 1926, she was the daughter of the late Walter and Minnie (Russell) (Thayer) MacDonald.

She was predeceased by her husband Albert C. Jandris, who died in 2001, and Carlton Douglas Morse “Doug,” who died in 1966, and a brother Earle MacDonald.

Margaret traveled from New Brunswick, Canada at 3-months of age with her older brother and mother to settle in Athol, MA.

She raised her three children as well as Patty (Melanson) Jordan of Taunton; and for a short time, her brother William Melanson of Orange; and was a caregiver for many children.

She was a homemaker who loved and treasured time spent with her family. She loved freestyle and belly dancing. She loved to sing, socialize, laugh, and be the life of the party. She loved to play ping pong and catch. She was “not your average grandma,” according to one of her grandkids. There was no cookie baking in HER kitchen, but the earthy fragrance of freshly juiced beets, carrots, garlic, and celery will be fondly remembered.

To order memorial trees or send flowers to the family in memory of Margaret C. Morse- Jandris, please visit our flower store.

Celebration of Life at a Later Date