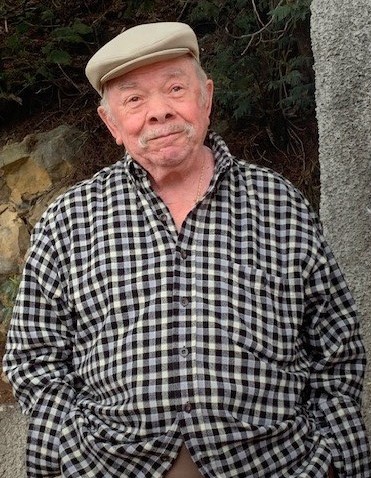 Leonardo was born on July 16, 1937, the son of Francisco and Costodia de Andrade, in Companairo, Madeira, Portugal. He loved the island of Madeira with all of his heart and soul and enjoyed showing his children and grandchildren that were able to travel to the island his homeland.

He left the island of Madeira in his late teens and moved to Caracas, Venezuela where many of his siblings, cousins, and other family members had emigrated. He spent almost twenty years in Venezuela, the last two of those with his wife, Maria de Conceicao. They started their family and life journey together there although they knew each other as neighbors back in Madeira. In Venezuela, the oldest child was born. The de Andrade family moved back to Portugal in 1970 where three additional children were born until the family moved to Gardner, Massachusetts, in 1974, where the last of their five children was born.

Leonardo was a man of many trades. He was a business owner, a property owner, a self-taught plumber, electrician, and carpenter. Upon moving to Gardner, Leonardo worked at Nichols & Stone for several years. He owned property in downtown Gardner and was loved by his many tenants over the last 46 years.

He leaves behind his wife, Maria de Conceicao, of 52-years; daughter Alcira, her husband Alan, and two children, Antonia and Joseph of Gardner; daughter Elizabete, her partner, Bill, and two children, Alyssa and Alex of Derry, NH; son, William of Gardner; daughter, Virgilia, her husband Bill and three children, Courtney, Emma and Jacob of Winchendon; son Peter of South Boston.; sister, Natividad of Caracas, Venezuela; many nieces, nephews, and cousins here in the United States as well as around the globe. He was predeceased by seven brothers and two sisters.

Memorial Contributions may be made to a charity of the donor’s choice. Please reference in memory of Leonardo de Andrade.

Leonardo’s wife and children send their utmost appreciation to the staff at Henry Heywood Hospital whose compassion for our family and care for Leonardo helped tremendously during this difficult time.

To order memorial trees or send flowers to the family in memory of Leonardo de Andrade, please visit our flower store.