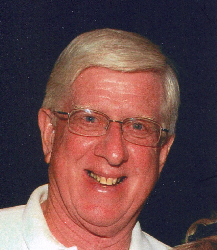 Keith E. Oldfield, 75, of Templeton, died Wednesday, October 24, 2018 in Heywood Hospital of Gardner, after being stricken ill at home.

Born in Natick on February 2, 1943, he was the son of the late Harold and Hazel (Boyle) Oldfield.

Keith graduated from Natick High School with the Class of 1961. Following graduation, he served in the United States Air Force during the Vietnam War and received the Good Conduct Medal.

Keith was employed by Raytheon Company as an Engineer for several years, retiring in 2003.

Keith was a member of Fisk Memorial United Methodist Church of Natick; and was a member and past President of New England Woodcarvers, Inc.

He enjoyed woodworking, traveling in his RV and working in the yard. Keith treasured spending time with his family and grandchildren. He will be greatly missed by all who knew and loved him.

To order memorial trees or send flowers to the family in memory of Keith E Oldfield, please visit our flower store.