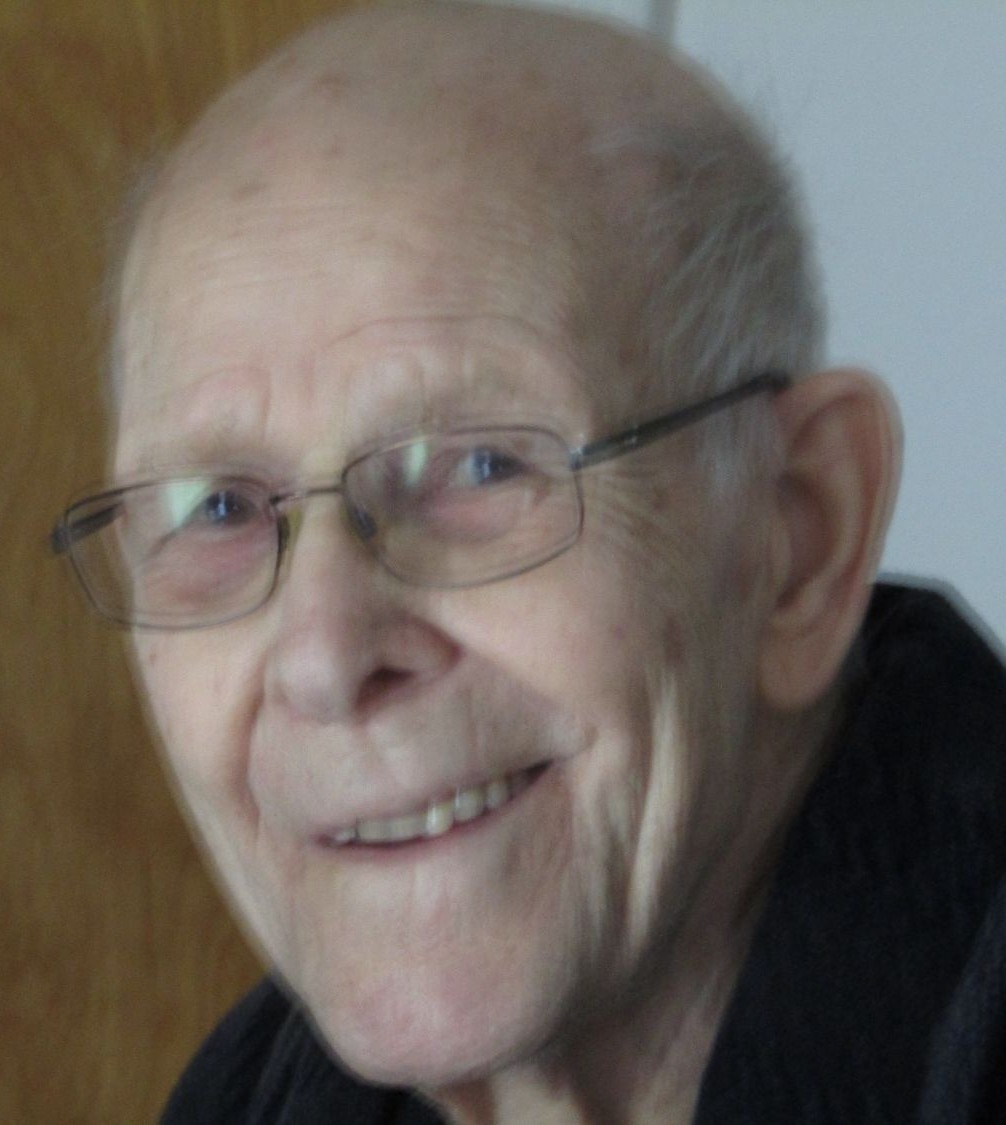 Julien Frenette, 93, of Gardner passed away peacefully at his Gardner home on May 13, 2022.  He was born in the coastal village of Petit Rocher, New Brunswick, Canada on October 30, 1928.  He was the third of thirteen children born to Fabien F. Frenette and Alice Godin.

At fifteen, Jules left the family homestead in Sormany, NB to work in a lumber camp, and at eighteen was hired by Canadian National Railroad in Moncton, NB during an expansion of the rail lines at the World War II homecoming. Afterwards he did construction work in Saint John, NB, where he met his bride-to-be Jeanne Boudreau in 1949.

Julien and Jeanne, with a large group of friends, relocated to Toronto together in search of better opportunities, and they were married there on July 31, 1951, in the Sacré-Coeur Parish Church. Their next move came in 1954, when they obtained immigration documents, and boarded a train for the USA.

In Gardner, Julien found employment at the Gem Crib and Cradle Company, and was a machinist there for twenty-three years, followed by twelve years in the Simplex Time Recorder press room. Like many Depression era children, Jules was a frugal man. He worked occasional side jobs, and with Jeanne’s contribution, they saved enough to buy a house by 1962. They became naturalized citizens in 1969.

Jules was the only one of his Canadian family that moved to the USA. Upon the annual two-week summer closing of Gardner’s factories, he drove the family to New Brunswick. The Canadian Frenettes cherished their older brother and hosted Jules and family with enthusiastic Canadian hospitality every visit. They gathered at Beresford Beach, swam, boated, fished, and always had a celebration feast of North Atlantic boiled salmon, potatoes and peas, Canadian beer, and nighttime bonfires.

Julien and Jeanne visited other Canadian destinations, including PEI, Montreal, Toronto, and British Columbia. In retirement, Jeanne and Julien always traveled to visit relatives, friends and took bus trips to casinos, and Florida. Julien was married forty seven years before he lost Jeanne to cancer in 1998.

A few years later Jules met and married Rita Normandin. They shared sixteen years of marriage, until Rita passed in 2017. They took a few trips to Canada, visited Las Vegas, and other domestic locations.

Julien was a big socializer, and most of his local chums were other Canadian-Americans. For most of the sixty eight years Julien lived in Gardner he was a member of the Acadian Club, GFA Credit Union, and a communicant of Holy Rosary Church.

At home, Julien enjoyed a wide range of TV shows. In decades past he liked the drama of westerns, and also the comical Mister Ed. In later years, he found the Discover Channel and the serenity of nature programs, but was also drawn to the excitement of game shows. His taste for music ran the gamut from Johnny Cash to Lawrence Welk.  Julien loved family holidays and the meals enjoyed together.

He is survived by three brothers, George and his significant other Therèse of Bathurst, NB, Charles and wife Rose-Marie, Leo and his wife Lisette, all of Beresford, NB; and, three sisters, Bernice and husband Wilfred Hache of Beresford, Annette Guignard of Robertville, NB, Delcina LeBlanc of St. Jerome, Quebec, and many nieces and nephews.

From his second family he leaves four step-children, Michael A. Normandin, Deborrah A. Normandin, Nancy Henderson, all of Fitchburg, MA; and, Mary Jane Grivakis of Florida.

Julien’s loved ones extend their gratitude to Guardian Angels Senior Services and their Personal Care Attendants for their professionalism, compassion and outstanding home care they provided.

Memorial contributions may be made to Holy Family Academy, 99 Nichols St, Gardner, MA 01440. Please reference in memory of Julien Frenette.

A brief Graveside Service for family will be held Friday, May 27, 2022, in Notre Dame Cemetery, West Street, Gardner, MA.

To order memorial trees or send flowers to the family in memory of Julien J. Frenette, please visit our flower store.