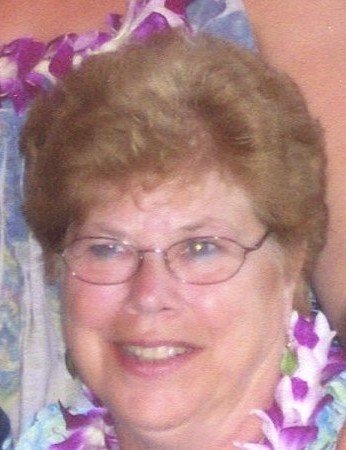 Judith M “Judi” (Powers) Brooks, 71, of Baldwinville, died peacefully, Wednesday, May 6, 2020, in her residence after a long battle with cancer with her family by her side.

Born in Hartford, CT, on March 21, 1949, she was the daughter of the late Milton F. and Flora (Morrow) Powers. She was a graduate of Pioneer Valley Regional School, Northfield, with the Class of 1967. Judi was a banker employed by TD Bank in Gardner for several years. Most recently, she was a substitute teachers aide employed by the Gardner School District, working primarily at Waterford Street School.

Judi was a parishioner of Holy Cross Church of East Templeton. She loved knitting, crocheting, doing arts, and crafts. Judi enjoyed watching her grandchildren play sports; but the time she loved and cherished the most was time spent with her family.

She was predeceased by a daughter, Marcia M. Brooks, who died in 1992; a brother, Milton Powers, Jr.; two sisters, Veronica Baxter and Eleonor Kawecki.

A Celebration of Life will be held at a later date.

To order memorial trees or send flowers to the family in memory of Judith M. Brooks, please visit our flower store.