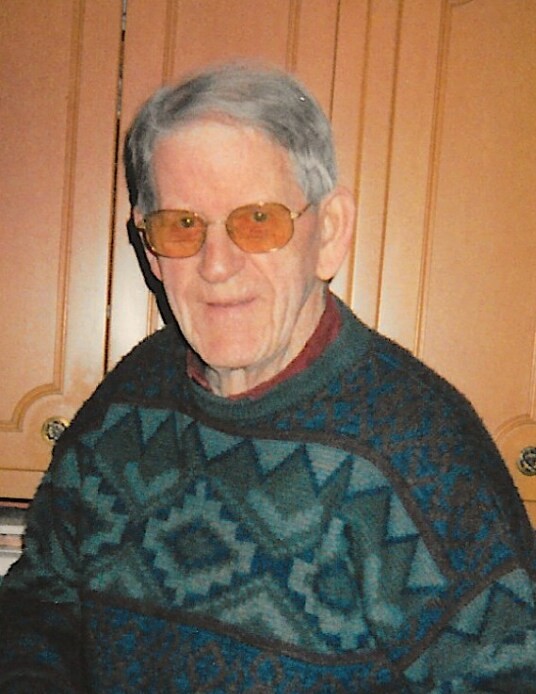 Born in Gardner on February 6, 1927, he was the son of the late George and Blanche (Beaudet) Girouard. He graduated from Gardner High School with the Class of 1945 and studied drafting at Northeastern University in Boston.

Joe was employed by the City of Gardner for 42 years as an assistant City Engineer, retiring in 1990. He also was a registered land surveyor, performing many private property surveys with co-worker Dick Lawrence in the Gardner area. He often utilized his children as “helpers” to search for boundary markers in the woods. Well after his retirement, he could still recall many details of his surveys when driving around town.

Joe was an active and devout member of Annunciation Parish/ Our Lady of the Holy Rosary Church of Gardner. He served as Lector at the 10:30 Mass for many years. He was a member of the League of the Sacred Heart and received the Dioceses of Worcester St. George Award for his involvement on numerous church committees. Joe was also very active in the Gardner community. He was a Boy Scout leader and received the Silver Beaver award for his leadership efforts. Joe also was a longtime baseball fan and coached several Gardner Little League baseball teams. He was the first coach in Gardner to draft a girl for his team. His “Mr Donuts” Little League team won the city title in 1976 and 1977. Later he was the coach of the Gardner Masons City League softball team. After his retirement, Joe and his wife Frances stayed busy organizing the delivery of Thanksgiving and Christmas dinners for the Gardner Senior Center. For fun, they joined the Two Hearts as One square dance club. With the club, they traveled to numerous square dance weekends around New England. They even attended the National Square Dance convention in Portland, Oregon. Joe was also a longtime member of a candlepin bowling team at Brian’s Bowlaway.

He was predeceased by his wife of 64 years Frances M. (Kacian) Girouard, who died in December 2018; a brother, Kenneth Girouard; and three sisters, Bertha Bourque, Priscilla Casavant, and Georgette Lavoie.

Funeral Services and Burial at Notre Dame Cemetery, West Street, Gardner, MA, will be held at a later date, due to COVID-19 restrictions.

Calling Hours will be private.

To order memorial trees or send flowers to the family in memory of Jovide N. Girouard, please visit our flower store.