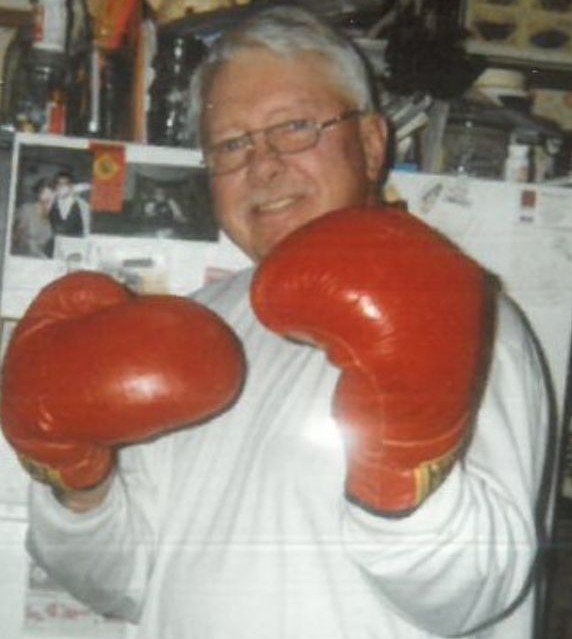 John Charles Miganowicz passed away peacefully at home surrounded by his family on October 22, 2022, after a brief battle with cancer.

Born on August 27, 1943, in Gardner Massachusetts to the late Steven Miganowicz and the late Florence (Taft) Miganowicz, John lived in the Templeton/Gardner area his whole life. He graduated from Narragansett Regional High School with the class of 1961.

John, also known as Pa-Z to his family and friends, was an avid outdoorsman who enjoyed hunting, fishing, gardening, and any other activity that took place in the outdoors. He spent each Sunday in the Spring and Summer “picking” at Rietta Ranch.

John worked for B&M Railroad for 34 years before retiring in 2002. After his retirement, he went to work at Bart’s Farm in Leominster and later Templeton where is favorite activity was selling Christmas trees. He couldn’t believe he got paid to do something he loved so much.

Aside from his parents, John was also predeceased by his older and only sister Patricia Martin and his beloved brother-in-law and best buddy Keary “Snerd” Woods in January 2021.

John is survived by his wife and best friend of 34 years, Kim A. (Woods) Miganowicz of Gardner, MA. A daughter, Linda Guislain of Leominster, MA; a son, Jason Hackbarth and his significant other Kayla Partridge, and her son Koby of Fitchburg; a daughter, Kelly Fruit, and her significant other Scott A. Tocci of West Boylston, MA; a brother, William Miganowicz, his wife, Sherry, and their son Stefan of Leominster; a brother, Donald Miganowicz, his wife, and their son Jon of Templeton MA; a brother Jeffrey Miganowicz, his wife Susan, and their daughter Laura of Ashburnham. John will also be sorely missed by his large extended family consisting of his in-laws in the Woods clan.

John’s greatest passion in life was his grandkids and he will forever be “Gramps” to his granddaughter Sarah Miganowicz of Leominster, granddaughter Samantha Guislain and her husband Hayden Goff of Texas, grandson Devon Swindells and his significant other Brianna Cozzolino of Spencer MA, grandson Patrick Fruit of Templeton, and granddaughter Olivia Charette of Gardner MA.

Memorial Contributions may be made to a charity of the donor’s choice. Please reference in memory of John C. Miganowicz

To order memorial trees or send flowers to the family in memory of John C. Miganowicz, please visit our flower store.