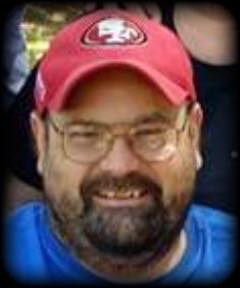 Born in Leominster on December 29, 1975, he was the son of Robert Mercier Sr. and Rebecca (Carlson) McPherson. He was a graduate of Highland High School in Albuquerque, NM, with the Class of 1994.

Joel is survived by his wife 17-years Debra (Gilbert) Mercier of Gardner; his mother Rebecca McPherson and her husband Gordon of Gardner; his stepmother Marilyn Mercier; one step-daughter Ivy M. Gilbert and her fiancé Kyle of Oakridge, TN; five brothers Robert Mercier Jr. and his significant other Diane Martinez of Winchendon, Timothy Duval of Athol, Robert Duval and his fiancé Cheri Comer of Winchendon, Craig McPherson of Nashua, NH, and Samuel Mercier and his fiancé Angie Elliott of Athol; three sisters Brenda McPherson and her significant other Antonio Ramos Jr. of Gardner, Kristene Mercier and her fiancé Donald Powers Jr. of Gilbertville, MA, and Jessica Marcil and her husband Chris of Warren, MA, several aunts, uncles, nieces, nephews, and cousins.

He was predeceased by his father, Robert Mercier Sr., who died in 2008.

Memorial Contributions may be made to the National Kidney Foundation, 209 W Central St, Natick, MA 01760. Please reference in memory of Joel A. Mercier.

To order memorial trees or send flowers to the family in memory of Joel A. Mercier, please visit our flower store.