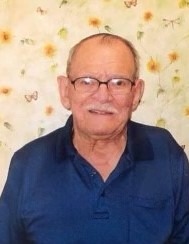 Gerald P. Casey, 88, of Gardner, died peacefully Monday, May 17, 2021, in Wachusett Manor, Gardner, with his family by his side following an illness.

Gerald dedicated his life to serving his country both as a Letter Carrier for the United States Postal Service from which he retired in 1994, but also as a member of its Armed Services. Gerald served in the Massachusetts Army National Guard from 1949 to 1954, then from 1973 to 1974 and lastly from 1977 to 1992. He also served in the United States Marine Corps from 1954 to 1957 and in the United States Air Force from 1957 to 1968 and in its Reserve Component from 1974 to 1977. For his military service Gerald received the Air Force Commendation Medal, the National Defense Service Medal with a Bar, Air Force Good Conduct Medal, Marine Corps Good Conduct Medal, Air Force Outstanding Unit Award, Air Force Small Arms Award, Vietnam Service Ribbon, Army Reserve Achievement Award, 8-year Serve Stateside Award, and the Armed Forces Reserve Medal.

He was predeceased by his grandson, Shawn Bisbee, who died in 1999; and sister, Lorraine A. Whipple.

To order memorial trees or send flowers to the family in memory of Gerald P. Casey, please visit our flower store.