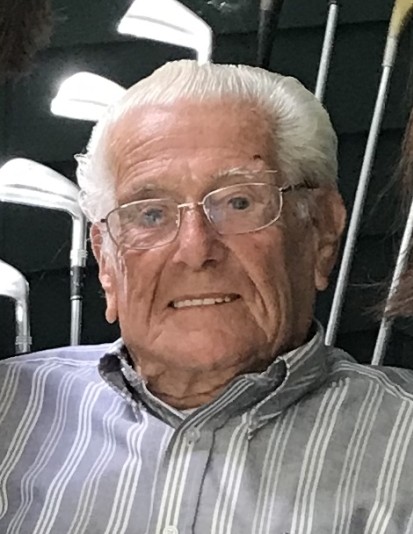 George J. Bourgeois, 95, of Gardner, died peacefully, Wednesday, September 23, 2020, in Wachusett Manor, Gardner, with his family by his side after an illness.

Born in Gardner on September 11, 1925, he was the son of the late Emile and Claudia (Vincent) Bourgeois. He attended the former Our Lady of the Holy Rosary School in Gardner. George was a sample maker employed by Hartshorn’s in Gardner for 11-years until his retirement in 1996. He was previously employed by Kelly Brothers of Gardner for 31-years.

George was a United States Army Veteran serving from 1943 to 1947, being inducted shortly after his 18th birthday. George was part of the offensive European Front participating in the D-Day invasion—where he received the Bronze Star for his actions during the invasion, the Ardennes Counteroffensive, including the Battle of the Bulge for which he received a Purple Heart, and the Rhineland Offensive. He also received the Legion of Honour—France’s highest military honor, the World War II Victory Medal, American Campaign Medal, European African Middle Eastern Campaign Medal, and the Good Conduct Medal.

George was a parishioner of Annunciation Parish/ Holy Spirit Church of Gardner. He was a member of Ovila Case VFW Post 905 of Gardner and the Disabled American Veterans. George enjoyed woodworking, doing yard work, going fishing, and working in his vegetable garden. He loved barbequed food and going to the Paramount Café. But the time that George loved and cherished the most was spent with his family.

He was predeceased by his love of 68-years, Monique (DiSilvio) Bourgeois, who died in 2016; a brother Raymond Bourgeois, and a sister Yvonne Pofs.

To order memorial trees or send flowers to the family in memory of George J. Bourgeois, please visit our flower store.