Erik S. Buiwit, 44, of 336 Parker Street, Gardner died Tuesday, December 8, 2015 in UMASS Memorial Medical Center, Lake Ave, Worcester.
Born in Gardner on July 31, 1971, he was the son of Donald and Yvette (Miller) Buiwit.
Erik graduated from Gardner High School with the Class of 1989. He received his Associates Degree in Business Administration from Mount Wachusett Community College of Gardner.
At the time of his death, Erik was a self-employed carpet installer.
Erik was an avid outdoorsman, who also enjoyed playing the guitar, sailing and spending time at the ocean. He was a member and bartender of the Beagle Club of Gardner, and was a member of the Sons of American Legion, Post 129 of Gardner.
He leaves two sons, Erik Buiwit and Robert Buiwit both of Gardner; his mother, Yvette (Miller) Buiwit of Gardner; his fiancée, Crystal Kingsbury of Gardner; four brothers, Nathan Buiwit of Lunenburg, Ryan Buiwit of Athol, Josh Young of Amherst and Jake Young of Athol; three sisters, Heather Sicard and her husband Saul of Lunenburg, Kristen Puleo and her husband Joe of Amesbury and Alicia Buiwit of Athol; one aunt, Gail Ackerson and her husband Dick of Templeton; one uncle, Richard Buiwit of Lunenburg; several nieces, nephews and one cousin, Sara Yandell of Wells, Maine. He was predeceased by his father, Donald Buiwit, who died in 2011.
Funeral Services will be held Saturday, December 19th from the Boucher Funeral Home, Inc., 110 Nichols Street, Gardner with a Mass at 11:00 a.m. in Annunciation Parish/Our Lady of the Holy Rosary Church, 135 Nichols Street, Gardner. Burial will be in St. John's Cemetery, Gardner.
Calling hours will be held Friday, December 18th from 5:00 p.m. to 7:00 p.m. in the funeral home.
Memorial contributions may be made to JDRF, NE Chapter, 60 Walnut Street, Wellesley Hills, MA 02481. (Juvenile Diabetes Research Foundation)

To plant memorial trees or send flowers to the family in memory of Erik Buiwit, please visit our flower store.

Yvette and family, My deepest sympathy on the loss of your son, prayers, thoughts, love and hugs go out to you

Sending you and all who knew you healing prayers, you will be missed, God Bless you~

I was so sad to hear about Erik. I went to school with him and he was a great kid to have in your class -- wasn't mean and didn't cause any trouble. Although I didn't know him well, I knew enough to know that he was a great person. My heart aches for his children and entire family. You'll all be in my thoughts & prayers.

David and I are so saddened for your families loss. Our hearts and prayers are with you and with those left behind during this difficult time.

My deepest and heartfelt condolences to Erik's family and friends. Words can not express how deeply you will be missed. We began our friendship as kids and continued through the years. You were always a beautiful soul with a huge heart. May you be at peace, dear friend. Rhonda

A candle was lit in memory of Erik Buiwit

A candle was lit in memory of Erik Buiwit

Friends and Family uploaded 11 to the gallery. 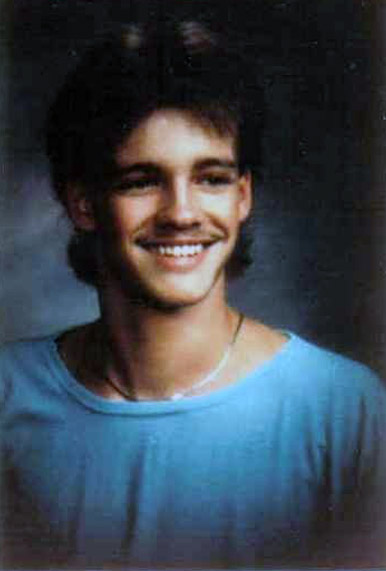 + 9 more
No service information has been added.