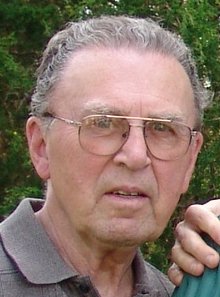 Emil A. Tanguay, 89, of Gardner, died peacefully, Tuesday, March 3, 2020, in Wachusett Manor, Gardner, after an illness.

He was a parishioner of Annunciation Parish/ Our Lady of the Holy Rosary Church of Gardner. He was a member of the National Association of Watch & Clock Collectors of America (NAWCC) and a member of the Silver Sneakers of Gardner. He enjoyed traveling, making puzzles and going to flea markets, and yard sales. Emil was a collector of antique clocks. He was a big fan of the Boston Red Sox. But the time Emil loved and cherished the most time was spent with his family.

Memorial Contributions may be made to the Wachusett Manor Nursing Home Activity Fund, 32 Hospital Hill Road, Gardner, MA 01440, or to the House of Peace and Education, 29 Pleasant Street, Gardner, MA 01440. Please reference in memory of Emil A. Tanguay.

To order memorial trees or send flowers to the family in memory of Emil A. Tanguay, please visit our flower store.