Edward J. Sendrowski, 96, of Fitchburg, died peacefully, Monday, February 15, 2016 in Wachusett Manor Nursing Home of Gardner.
Born in Webster, MA on November 29, 1919, he was the son of the late Paul J. and Blanche (Kulas) Sendrowski.
Edward graduated from Leominster High School with the Class of 1937.
He was a United States WWII Navy Veteran and received the American Theatre Ribbon, American-African Theatre Ribbon, Asiatic-Pacific Theatre Ribbon and the World War II Victory Medal.
Prior to retiring, he was employed in the engineering department of Independent Lock of Fitchburg for 28 years. He previously was employed in the parts department of General Electric Company of Fitchburg.
Edward enjoyed playing golf and traveling.
He was predeceased by his wife of 70 years, Sara L. (Richard) Sendrowski, who died in 2011.
He leaves one brother, John Sendrowski of Gardner; several nieces, nephews and cousins. Edward was predeceased by his infant son, Richard Sendrowski; two brothers, Daniel and Walter Sendrowski; and sister, Sophie Yablonski.
Private Funeral Services will be held in the Massachusetts Veterans Memorial Cemetery, 111 Glenallen Street, Winchendon.
There are no calling hours.
Memorial contributions may be made to Montachusett Veterans Outreach Center, 268 Central Street, Suite A, Gardner, MA 01440.
Boucher Funeral Home, Inc., 110 Nichols Street, Gardner is handling the arrangements.

To plant memorial trees or send flowers to the family in memory of Edward Sendrowski, please visit our flower store.

A candle was lit in memory of Edward Sendrowski 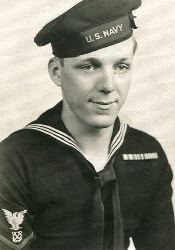