Edmund Arthur Rousseau, 75, of Port Charlotte, Florida, formerly of Gardner, died Thursday, November 10, 2016 in Bayfront Hospital of Port Charlotte, Florida, following complications of multiple myeloma.
He was born in Gardner on March 28, 1941, the son of the late J. Arthur and Genevieve (Jamilowski) Rousseau.
He graduated from Notre Dame High School of Fitchburg with the Class of 1959; and earned his Bachelor's Degree in Accounting from Boston College in 1963.
Ed was owner/operator of Hubbardston Colonial Furniture in the early 1970's, and also worked in the Back Room Restaurant of Hubbardston for many years.
He was an avid sportsman who enjoyed hunting and fishing. He loved to garden and his great passion was working with wood, building small pieces of furniture. He was a very religious man who gave much of his time to Sacred Heart Church, serving on the Liturgical Committee and as a Eucharistic Minister, and teaching CCD. In his later years he perfected the art of wine making.
Ed leaves his wife of 53 years, Kay Frances (Beaulac) Rousseau of Florida; three daughters, Melinda Tom of Jaffrey, NH, Michelle Leblanc and her fiancé Lance Hatstat of Hubbardston, and Deborah Rousseau of Winchendon; one sister, Joanne Streeter of Winchendon; ten grandchildren; and six great-grandchildren. He was predeceased by his son, John Arthur Rousseau who died in 1992.
Funeral Services will be held Saturday, November 26th at 11:00 a.m. in Holy Spirit Church, 50 Lovewell Street, Gardner. Burial will be in Brookside Cemetery, Hubbardston.
There are no calling hours.
In lieu of flowers, memorial contributions may be made in Ed's name to Dana Farber Cancer Institute, PO Box 849168, Boston, MA 02215 or Moffitt Cancer Center, 12902 USF Magnolia Drive, Tampa, FL 336120.
Boucher Funeral Home, Inc., 110 Nichols Street, Gardner is handling the arrangements.

To plant memorial trees or send flowers to the family in memory of Edmund Rousseau, please visit our flower store.

Kay, We are very sorry for your loss. You and your family are in our prayers.

A candle was lit in memory of Edmund Rousseau 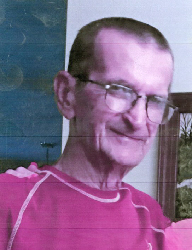