Edmond J. "Eddie" Gautreau, 91, of Gardner, died peacefully Friday, June 30, 2017 in Athol Memorial Hospital, after a period of declining health.
Born in Gardner on March 6, 1926, he was the youngest child of the late William T. and Elise (Boudreau) Gautreau.
Eddie attended Our Lady of the Holy Rosary School of Gardner and Holyoke Trade School. In 1966, he graduated from Fitchburg High School so he could earn his diploma to obtain his Commercial Pilot's License.
He was a World War II United States Navy Veteran and received the WWII Victory Medal, American Area Ribbon and European-African Middle Eastern Ribbon and was awarded the US Navy Point System.
Eddie's flying career started in August of 1947 following WWII under the GI Bill at Fitchburg Airport. Eddie loved flying and did so until the age of 84. He had been licensed to fly 14 types of aircraft. He had flown over 122,143 miles and had logged over 1,400 hours of flight time. Eddie served as President of the Gardner Flight Club, as well as Treasurer and was a member of the Gardner Airport Association.
Eddie was a Head Custodian at the former Prospect Street School of Gardner for 25 years, retiring in 1989. He was previously employed by H & R 1871 of Gardner, Gardner Screw Corporation and was a truck driver for a lumber company driving to and from Burlington, Vermont. Eddie was a taxi driver for Robichaud Taxi, formerly Stanley's Taxi. He received his Barber's license from Barber's School of Boston and worked for part time for a barber shop in Fitchburg and later for Turk's Barber Shop of Gardner.
Eddie was a member of the Gardner Housing Authority, was elected Ward II City Councilor in 1959 and served two terms, and he served as Union President and was an Executive Board Member of AFSCME Council 93 in Boston for 14 years. Eddie served on the Airport Commission for 38 years, was a Life Member of the Napoleon Club of Gardner where he held various offices and served two separate terms as President, was a Life Member of the VFW Post 905 Ovila Case of Gardner, was a member of the Polish American Citizens Club of Gardner and was member of American Legion Post 129 of Gardner. He was also a member of the Democratic City Committee, and was a Charter Member of the former Gardner Skin Divers Association.
Eddie and his wife loved to travel. Following retirement, they traveled through 37 of the United States and wintered in Florida for 17 years in their motorhome.
Eddie leaves his wife of 60 years, Albina H. (Bolen) Gautreau of Gardner; and several nieces, nephews and cousins. He was predeceased by two brothers, Euclid and Leo Gautreau.
Funeral Services will be held Saturday, July 8th from the Boucher Funeral Home, Inc., 110 Nichols Street, Gardner with a Mass at 11:00 a.m. in Annunciation Parish/Our Lady of the Holy Rosary Church, 135 Nichols Street, Gardner. Burial will be in St. Joseph's Cemetery, Gardner.
Calling hours will be held Friday, July 7th from 6:00 p.m. to 8:00 p.m. in the funeral home.
Memorial contributions may be made to Montachusett Veterans Outreach Center, 268 Central Street, #A, Gardner, MA 01440 or to St. Jude Children's Research Hospital, 501 St. Jude Place, Memphis, TN 38105.

To plant memorial trees or send flowers to the family in memory of Edmond Gautreau, please visit our flower store.

A candle was lit in memory of Edmond Gautreau 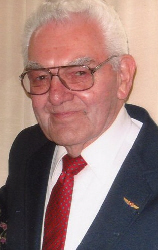