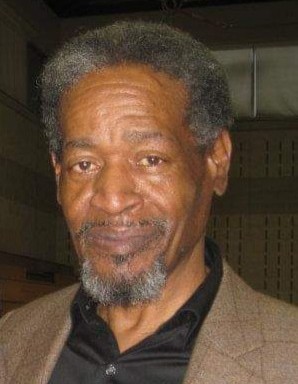 Born in Springfield on November 30, 1949, he was the son of the late Franklin P. Polk, Jr. and Dorothea (Wimbish) Polk. He graduated from Putnam High School, Springfield. Eddie was a United States Army Vietnam War and Persian Gulf Veteran serving from 1968 to 1970. He was always proud to tell of his time in the 82nd Airborne Division and how he would parachute from planes. After receiving his honorable discharge from the Army, he reenlisted with the Massachusetts Army National Guard, where he served from 1970 to 2006 in the 110th Maintenance Unit and previously in the Yankee Division. Through his 29-years of military service, Eddie served in various roles, most recently working as a seamstress in the tent shop from 1989 to 2006, stitching uniforms for the Military Academy at Camp Edwards, and in the welding shop from 1983 to 1989. For his service, Eddie received the Army Achievement Medal, the Army Service Ribbon, the Army Reserve Component Achievement Medal, the Armed Forces Reserve Service Medal, the National Defense Service Medal, the Desert Storm Service Ribbon, and the Massachusetts Service Medal.

Eddie was a member of the Franco- American Veterans Club of Leominster. He enjoyed cooking, listening to music, watching westerns and shopping. He loved all the good times with his friends, family and especially his grandchildren, who will all miss him dearly.

To order memorial trees or send flowers to the family in memory of Eddie L. Polk, Sr., please visit our flower store.