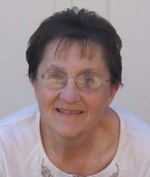 Diane Theresa "Di" (Parsons) Murray, 67, of Baldwinville, died peacefully Saturday, April 14, 2018 in her residence, following a long illness.
Born in Templeton on December 15, 1950, she was the daughter of the late Herman and Stella (Nasiatka) Parsons.
Diane graduated from Murdock High School of Winchendon with the Class of 1968. She was a member of St. Martins Church of Baldwinville, and St. Vincent de Paul Church of Baldwinville where she served as a Eucharistic Minister.
Diane was a clerk at the Salvation Army Thrift Store in Gardner for 17 years, retiring in 2016. She was previously employed by H&R 1871, Inc. of Gardner.
Diane's hobbies included sewing, quilting and reading mystery novels. She enjoyed spending time tending to her flower gardens, and visiting York Beach and Nubble Lighthouse in York, Maine. Diane loved spending time with her family and grandchildren.
She was predeceased by her husband, Dennis R. Murray, who died October 10, 2001.
Diane leaves one daughter, Amanda K. Murray of Baldwinville; one sister, Ruth Alie and her husband James of Otter River; two grandchildren, Dylan Murray and Stella-Mae Diane Murray; several nieces, nephews, a special cousin, Katherine Vancelette of Otter River and several additional cousins.
Funeral Services will be held Wednesday, April 25th at 11:00 a.m. in St. Martin's Church, 248 State Road, Otter River. Burial will be in St. John's Cemetery, West Street, Gardner.
There are no calling hours. Friends and family are asked to report directly to the church the morning of the services.
Memorial contributions may be made to the Salvation Army, 72 Cambridge Street, Worcester, MA 01603.
Boucher Funeral Home, Inc., 110 Nichols Street, Gardner is handling the arrangements.

To order memorial trees or send flowers to the family in memory of Diane Theresa"Di" Murray, please visit our flower store.