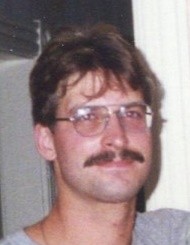 Born in Gardner on February 23, 1967, he was the son of Valmore J. Caron and Norma M. (Bouchard) (Caron) Talbot. David was a machinist employed by Dennecrepe Corporation of Gardner for several years.

He was an avid runner who enjoyed both running on the track and had participated in numerous road races. He was a talented artist and cartoonist who loved to paint, draw and write poetry.

Funeral Services will be held Tuesday, August 20th at 11:00 a.m. in the Boucher Funeral Home, Inc., 110 Nichols Street, Gardner. Burial will be held at a later date in Green Bower Cemetery, Gardner.

To order memorial trees or send flowers to the family in memory of David V Caron, please visit our flower store.