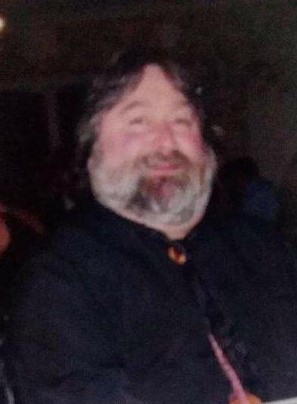 Dave was born in 1954 in Gardner, MA, where he lived his whole life, to Roland and Phyllis (Petts) Bourgeois. He graduated from Gardner High School in 1972 and went on to complete the electrical program at Montachusett Regional Vocational Technical School.

His passion was music, and he was a talented guitarist in several local bands including No Parking, The Jump, and Plan B. Dave owned the Strings & Things music store in downtown Gardner for many years.

Dave was a lifelong resident of Gardner who will be remembered by his friends and family for his kind and easy-going nature. Dave was a true animal lover who was devoted to his many pet dogs over the years.

Dave was preceded in death by his father, Roland, and his mother, Phyllis. He is survived by his sister, Janet (Bourgeois) Gemborys and her husband, Mark, of Rutland, his niece, Nicole McGurin and her family of Holden, his nephew, Brian Gemborys and his family of Shrewsbury, his wife, Donna Bourgeois, of Orange, and several cousins.

Funeral services will be private and held at the convenience of the family.

Memorial Contributions may be made to Brown Dog Coalition may be made online at (www.browndogcoalition.com). Please reference in memory of David R. Bourgeois.

To order memorial trees or send flowers to the family in memory of David R. Bourgeois, please visit our flower store.