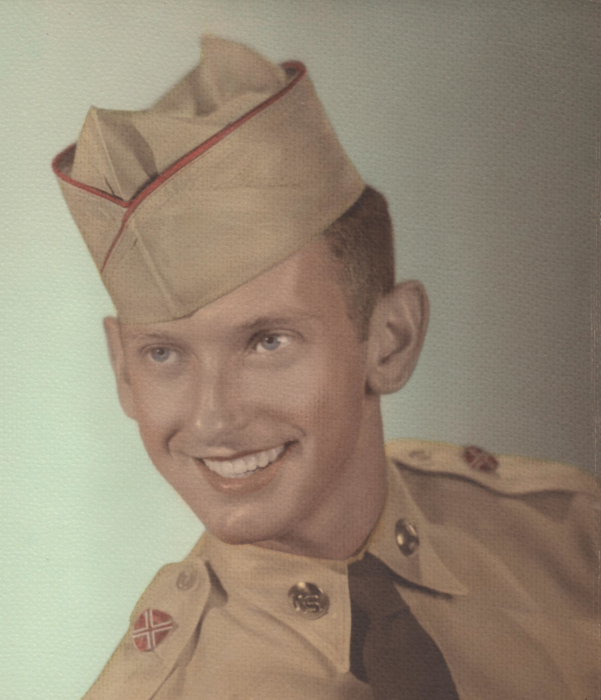 Born in Winchendon on September 5, 1933, he was the son of the late Wilfred and Clarinda (Lafond) Plouffe.

Cliff was a United States Korean War Army Veteran who proudly served his Country from 1953 through 1955 and received the National Defense Service Medal and the Good Conduct Medal.

He was a laborer employed by New England Wooden Ware of Gardner for 30 years, retiring in 1988.  He also owned and operated The Necktie of Winchendon for 4 years during which time he served many meals to the local workers of Ray Plastics Company.

Cliff was a friend of Bill W’s for nearly 35 years. As a member of AA he lived his life “One Day at a Time”.  He understood addiction is not curable but sobriety is possible with the daily commitment to remain sober.  Cliff was a member of Annunciation Parish/Our Lady of the Holy Rosary Church of Gardner, and a member of the American Legion Post 193 of Winchendon.

Cliff enjoyed spending time in the sunshine, and babysitting his grandchildren when they were young. He also enjoyed cooking, and was known for his famous baked beans and spaghetti sauce. His happiest moments were those spent with his family whom he adored. Cliff was a humble man, full of strength and determination who will be remembered for his kindness, positive attitude and warm personality. He truly had a heart of gold and will be deeply missed by all who knew and loved him.

He leaves his loving wife of 62 years, Eleanor A. (Durant) Plouffe of Gardner; three daughters, Allison Shields and her husband Stephen, Julie Walsh, and Tammy Roscoe and her husband Craig all of Gardner; one sister, Dorothy Bosworth and her husband Myles of Winchendon; four grandchildren, Paige and Jack Roscoe, Noah Shields, and Carley Walsh; many nieces, nephews and cousins. Cliff was predeceased by his son-in-law Rob Walsh who died in 2015; brothers, Alfred, Albert, Walter and Raymond Plouffe; and sisters, Flora Courchene, Annabelle Bulger, Delma LaPlante, Marion Woods and Clara Plouffe.

Funeral Services will be held Tuesday, July 31st from the Boucher Funeral Home, Inc., 110 Nichols Street, Gardner with a Mass at 11:30 a.m. in Annunciation Parish/Our Lady of the Holy Rosary Church, 135 Nichols Street, Gardner. Burial with full Military Honors will be in the Massachusetts Veterans Memorial Cemetery, 111 GlenAllen Street, Winchendon.

Cliff’s family would like to thank the nurses and staff of GVNA Healthcare, Inc. of Gardner for the kind, compassionate, and professional care given to Cliff during the past year.

To order memorial trees or send flowers to the family in memory of Clifford L Plouffe, please visit our flower store.