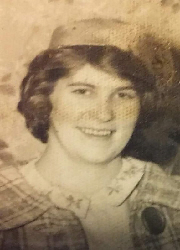 Born in Winchendon on April 29, 1942, she was the daughter of the late Guy and Evelyn (Thibeault) Tenney.

Barbara graduated from Murdock High School of Winchendon with the Class of 1960. She was employed by Cablevision of Winchendon as a Secretary and Office Manager for 16 years, retiring in 2000.

Barbara was a member of Immaculate Heart of Mary Church of Winchendon. She was also a member of ASPCA.

Funeral Services are private and will be held at the convenience of the family in the Massachusetts Veterans Memorial Cemetery, 111 Glenallen Street, Winchendon.

Memorial contributions may be made to the Winchendon Fire and Rescue, 405 Central Street, Winchendon, MA 01475. Please reference in memory of Barbara F. Watson.

To order memorial trees or send flowers to the family in memory of Barbara F Watson, please visit our flower store.