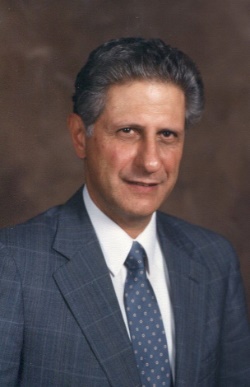 George graduated from Gardner High School with the Class of 1950. In 1955, he received his law degree from Boston University School of Law. Shortly after graduating from law school, he worked as an attorney in North Adams, MA for three years before opening his private law office in his hometown of Gardner, where he practiced for 59 years.

Mr. Tobia was known as an especially skilled trial lawyer, respected by judges and prosecutors alike, and he helped countless members of the community over the course of his career.

George served in the United States Navy. He was a member of the former Sacred Heart of Jesus Church of Gardner. George was a huge Boston sports fan, and was a coach of both Gardner Little League Baseball and the Gardner Babe Ruth League for many years. He loved spending time with his wife Virginia on Cape Cod and in Maine. His family was the most important thing in his life, and he treasured time spent with his grandchildren whom he adored.

Funeral Services will be held Thursday, March 14th at 11:00 a.m. in Annunciation Parish/Our Lady of the Holy Rosary Church, 135 Nichols Street, Gardner. Burial will be held in St. John’s Cemetery of Gardner at a later date.

Friends and family are asked to report directly to the church the morning of the services.

To order memorial trees or send flowers to the family in memory of Attorney George N Tobia, Sr., please visit our flower store.