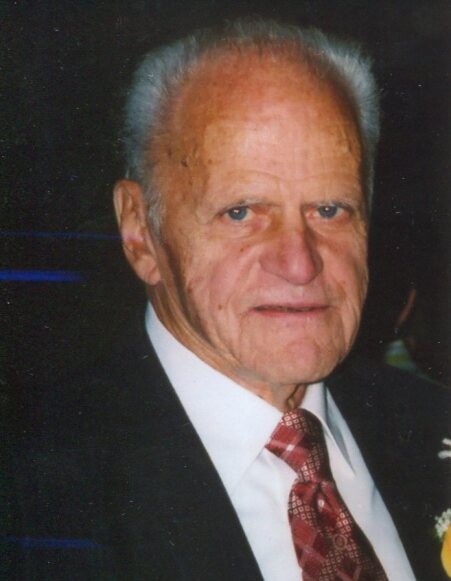 Born in Winchendon on October 15, 1923, he was the son of the late Joseph and Alice (Gamache) Lafortune. Butch was a United States Army World War II Veteran serving from 1943 to 1946, where he fought in Asiatic Pacific Theater in the New Guinea and the South Philippines Campaigns. Butch received the World War II Victory Medal, the American Theater Campaign Ribbon, Asiatic Pacific Theater Campaign Ribbon, the Philippine Liberation Ribbon with a Bronze Service Star, and the Good Conduct Medal for his actions. Butch was a pump station operator employed by the City of Gardner for 30-years until his retirement in 1985. He also worked part-time for New England Meter Repair repairing water meters.

Butch was a parishioner of Annunciation Parish/ Our Lady of the Holy Rosary Church of Gardner. He was a member of the American Legion Post 129, VFW Ovila Case Post 905, and the Gardner Fish and Gun Club, all of Gardner. Butch enjoyed reading and watching television—especially Law & Order, Jeopardy, Wheel of Fortune, and the Price is Right. He was an avid sports fan and loved to watch his New England Patriots and Boston Red Sox. Butch especially enjoyed times at his camp on Lower Naukeag in Ashburnham. But the time that he loved and treasured the most was spent with his family.

He was predeceased by his wife of 73-years, Theresa R. (Boucher) Lafortune, who died April 10, 2020; a brother, Leon Lafortune; and a sister, Marguerite Blais.

Memorial Contributions may be made to the Mary Joseph Spiritual Center, 10 Evans Road, Biddeford, ME 04005. Please reference in memory of André D. Lafortune.

To order memorial trees or send flowers to the family in memory of AndrÃ© D. Lafortune, please visit our flower store.